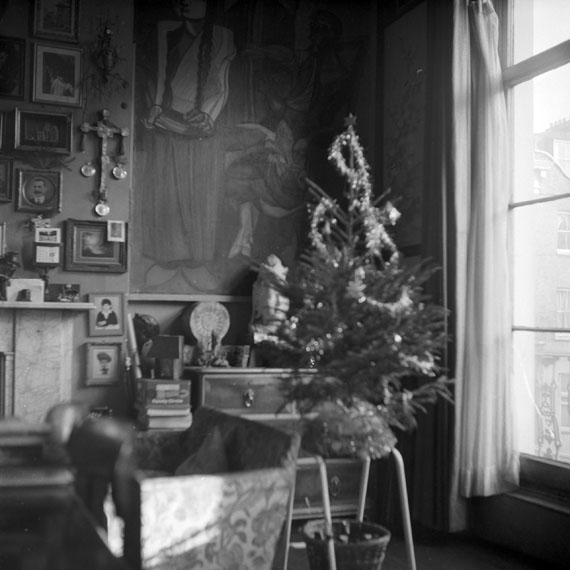 So life for me began in Cathcart Road where the walls are covered in art.
Well that was where I was born into my normality all genres it was normal, I have a mangled toe from mishandling a small bronze sculpture. I now recognise the classic Tivoli views that had pride of place <along with> a rather humanist but obligatory madonna most all these works had no attribution apart from my father’s own aesthetically speculative eye. 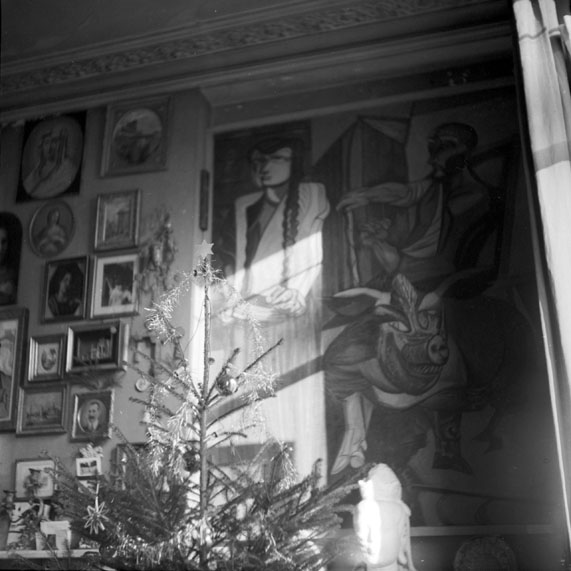 One day a huge canvas arrived by delivery van unusual in itself as my father was a firm adherent to the science and protocol of the correctly wrapped underarm package. What’s more this canvas was not only of known authorship but the artist had been until very recently alive and hitherto there was next to nothing vaguely contemporary on the walls.
The painter, Robert Colquhoun, I later discovered had rather ceremoniously drunk himself to death. Presumably dropping of the social ladder his work was discarded to the local auction rooms within 10 years of it’s completion. 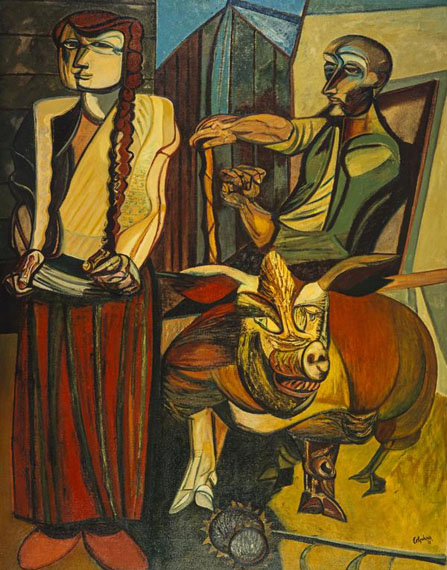 I am sure he was taken in both by the playful classicism of the painting as well as the back story of the artist so much so not just to have to swallow the transport costs but also to give up the wall-space enough to house numerous nicely framed landscapes.

He could have easily turned the investment within a few months but it stayed on his/our wall for the next 10 years.